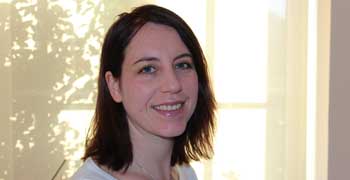 For luddites like myself, words and phrases such as the cloud, big data and artificial intelligence (AI) belong to the realms of science fiction. But, as I learned at AHDB’s SmartHort conference earlier this year (stardate: March 2019), they are, in fact, real entities that are gaining momentum at warp speed.

Increasingly, growers are utilising the cloud (an internet-based data centre) to store information that is being fed into handy software programmes. As a form of artificial intelligence, these programmes are alerting growers to, for example, those environmental conditions that could create pest and disease outbreaks.

I also learned that the Dutch firm 30MHz is already using this type of technology to help ornamental nurseries in the UK. So far, its achieving some “affirmative” results. As the firm’s Antony Yousefian points out, growers are sometimes “growing blind” – deploying traditional growing practices such as “always watering on a Friday.” “We are still kind of going for our ‘gut feeling,’” he says, “so we are digitalising that [growing] environment. By digitalising it, it’s so much easier. We can start creating those proactive alerts and models.”

30MHz has designed wireless sensors – such as vented temperature humidity sensors – that can be installed in the glasshouse (or field) to track the environmental conditions of the crop or its microclimate. A “gateway” (router) then collects and connects data to the cloud. This handy data is available on a customised dashboard, named Zensie, that growers can view on their phones or laptops.

Antony revealed that, this winter, 30MHz helped a cyclamen grower in Spalding whose crop suffered from botrytis. After placing sensors into the crop, data garnered from them revealed that the nursery’s humidity was higher than expected – so much so that the grower actively reduced his watering by more than 25 per cent. Antony says: “When he reduced it he lifted his humidity. The decision he’s made has limited that [botrytis] risk.”

Continuing its quest to boldly go where no one has gone before, 30MHz has also been part of a recent AHDB trial on poinsettias. The trial experimented with new water deficit irrigation techniques. Interestingly, the pot moisture sensors indicated how water was “pooling.” Antony explains: “The growers had never been able to see that before. It gave them the confidence to water less.” The water and input saving was 30%, there was less algae disruption and significantly less pest pressure.

Cling-on to data? Resistance is futile

Another fact that blasted out of the SmartHort conference was that, to obtain real value from AI, the horticulture industry needs to share its data. The more data we obtain, the more applications can be developed to save growers time and money. Whilst nurseries can be understandably cautious about sharing data, Antony reminds growers that consultants, agronomists, and fellow growing group members can also “look at the data in real time and advise you. You don’t have to wait for them to come and visit you.” He noted, for example, that consultant Chris Need (of Need Consulting) did just that last summer for Newey Roundstone. To well and truly zap nip pansy mottle syndrome into the ether, Newey had installed microclimate sensors in the crop. “The interesting thing was that Chris was able to remotely see leaf temperature spikes in the afternoon. They therefore began to irrigate later in the day to reduce stress on the crop.” Evidently, remote sensing technology is giving horticultural businesses some new tools with which they can, hopefully, live long and prosper.

Antony Yousefian was speaking at the AHDB SmartHort conference on March 7, 2019, in Stratford upon Avon, UK.