At ICL we value trial work. We invest in independent and internal trial work to help us innovate and produce the best technologies. We also conduct product testing to help us provide the best advice for our customers, and because we find it interesting and also because it stimulates a progressive and positive outlook towards turf maintenance.

Last year we commissioned a trial to investigate a few interesting questions regarding fine turf disease control in the autumn. We hope that the findings help provoke you to put together a better disease control plan for this autumn.

The trial was conducted at the STRI through the autumn of 2015. It was set up as a randomised and replicated complete block design with 14 treatment combinations (including an untreated control). The key results are described below.

Using a quality Dew Dispersant in a programmed approach can significantly reduce disease outbreaks.
The programme of DewSmart applications was shown to significantly reduce the incidence of Microdochium disease on the turf. It did not prevent the outbreak completely but it clearly had a positive effect and shows one of the benefits of dew suppression.

Dew Dispersants and Some Fungicides are compatible – but care is needed
No benefit was demonstrated by combining DewSmart with a fungicide. For Instrata and Medallion there was no negative impact associated with their use in conjunction with DewSmart but when it was used with Banner Maxx, the effectiveness of the fungicide treatment was adversely affected.

When applied curatively Greenmaster Effect Fe significantly reduced the disease outbreak and development
This study showed that applying Effect Fe curatively at the first sign of disease significantly reduced the disease development and outbreak. However the disease levels sustained would not be considered acceptable for fine turf management. Applying Effect Iron preventatively (as a “turf hardener”) did not reduce disease incidence or severity.

The images below show the control and the Medallion TL trial plots. 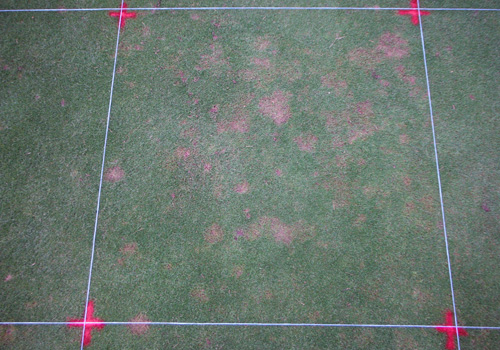 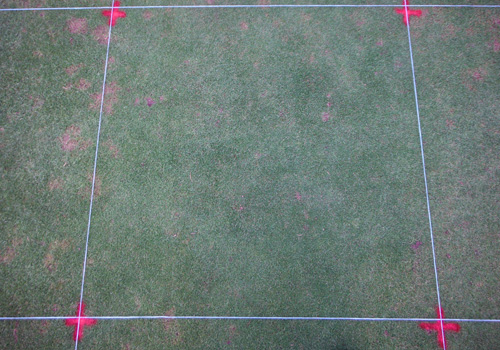 OVERALL CONCLUSIONS
It is crucial during the autumn months to minimise disease incidence on our fine turf surfaces. This study showed that there are significant benefits to be had from suppressing dew formation with H2PRO DewSmart and treating emerging Microdochium attacks with Greenmaster Liquid Effect Fe but these methods should only be considered as a part of your ITM programme.

This study also served to confirm the overwhelming benefits of using premium formulated fungicides applied preventatively when trying to achieve full disease control. The study showed that the use of DewSmart did not adversely affect the performance of Medallion and Instrata but it did reduce the effectiveness of Banner Maxx, which is an important consideration if we are looking to maximize the effectiveness of those fungicide treatments.

STRI Research is being held on 21st and 22nd September 2016, for more information and to book your place visit the STRI website.