From an eight-hectare site at Campsea Ashe near Woodbridge in Suffolk, Botanica Plant Nursery produces an outstanding array of young plants to semi-mature trees.  Its plant list brims with over 5,500 species of shrub, climber and tree produced 100% peat-free. 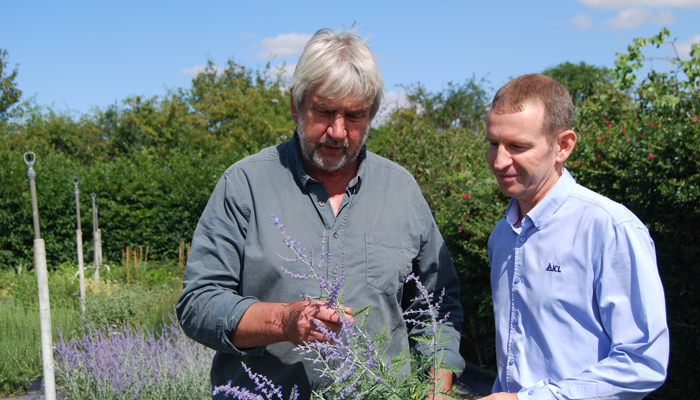 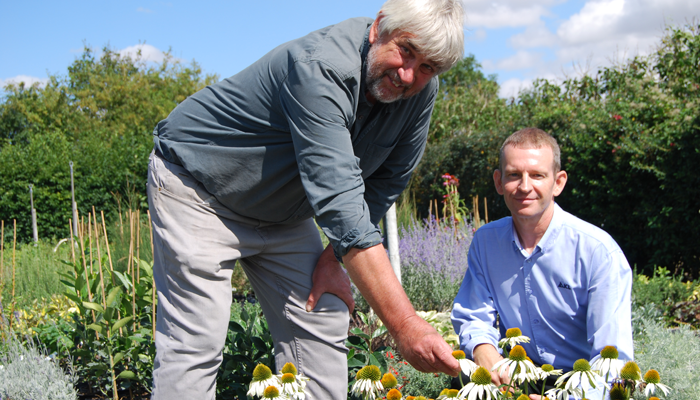 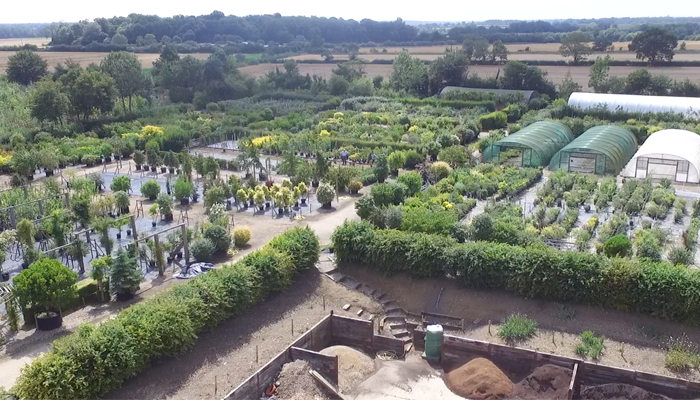 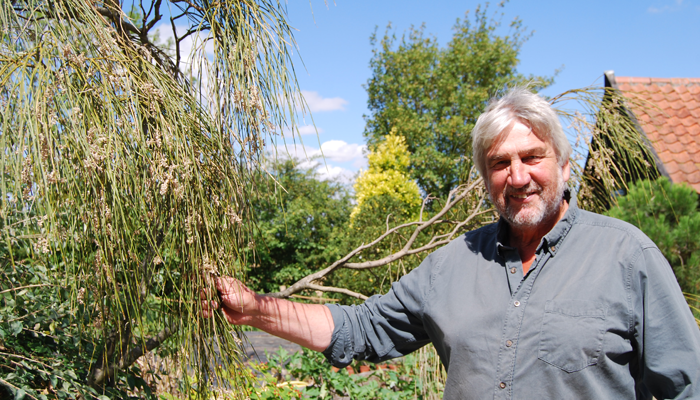 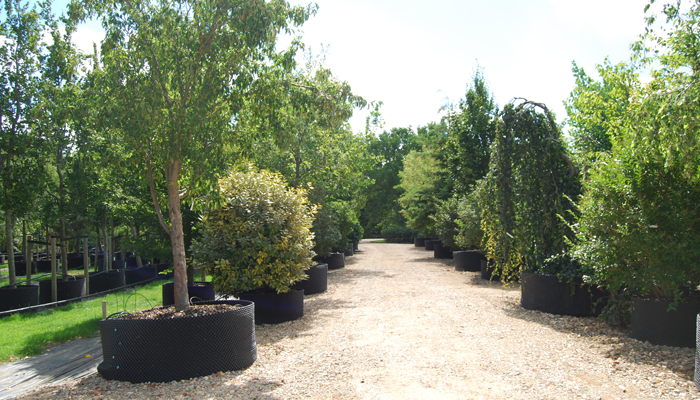 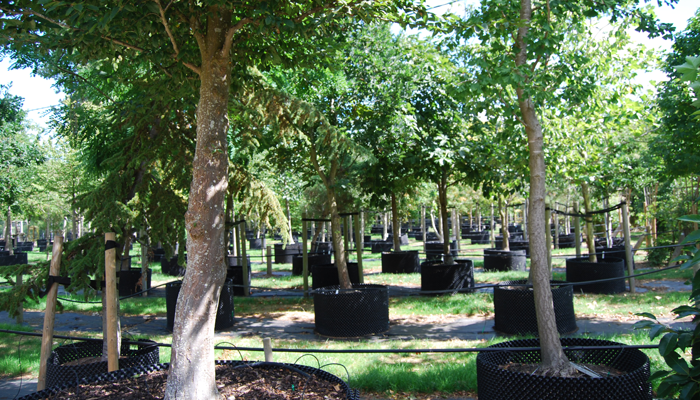 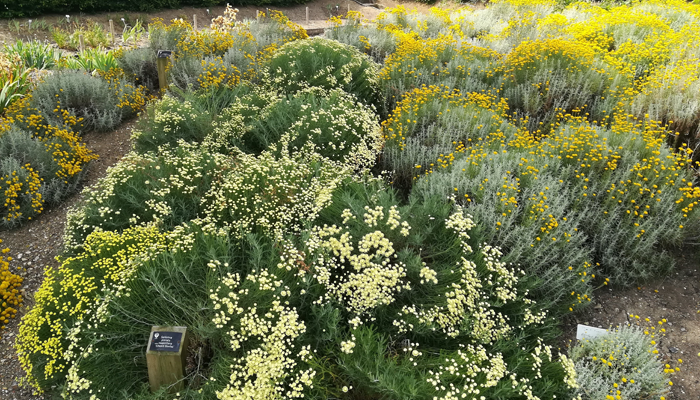 A genuine plant enthusiasts’ nursery, rather than a volume production nursery, it offers a plethora of species not ordinarily found and a vast wealth of botanical collection species.

This enchanting nursery has a nationwide customer base with clients including country estates, botanical gardens and two of the UK’s foremost conservation charities - English Heritage and the National Trust - as well as landscape architects, contractors and the general public.  Fifty per cent of sales are placed online.   The nursery also boasts the Plant Heritage National Collection of Santolina (Cotton Lavender) and previously lost and rare Iris germanica varieties, which are artfully displayed as a centre-piece.

“We don’t sell to garden centres – we’re not looking for volume sales we service niche markets,” explains Botanica’s owner and plantsman Jon Rose.  “We’ve always maintained a strong focus on native species.  We don’t import – all our native stock is UK-grown and with UK provenance establishes quickly as its already adapted to our climate.”

Over twenty years ago Jon saw how attitudes were starting to change in regard to peat and he began experimenting producing his own peat-free mixes, largely based on composted green waste. Through extensive trial and error over many years Jon successfully developed his own mix which the nursery has relied on for the past 18 years.  “We quickly learnt the importance of weathering the green waste to reduce the EC and sodium chloride levels,” he says. “Even PAS100 credited green waste can be quite variable in regard to pH and EC readings – weathering it is the key,” he says.

Following a visit by ICL’s Stuart Gammage to the nursery two years ago, Jon began a trial with Levington Advance Sustain – ICL’s own peat-free mix.

“We started experimenting with 15 or so species,” recalls Jon.  “We were impressed with the results and now routinely use Levington Advance Sustain for our young plants – last year we started using approximately 120cu m but we are looking to expand on this quantity going forward.  We’re seeing better results than with our in-house mix – this has been particularly noticeable this year (2018) with the difficult growing season.  For our more competitively priced native species, plus anything potted into a 10-20litre pot or larger, we are currently still using our own peat free mix.”

As part of the technical support package, Stuart took a sample of Botanica irrigation water to be laboratory tested.  “We knew the water was hard but the analysis showed the quality to be very poor – the EC and carbonates readings were literally off the scale,” says Jon.  “To help rectify it, we’re looking at rainwater harvesting to blend with our water supply – we’d rather adopt this approach than use acid dosing as it fits better with our environmental ethos.”

Following Stuart’s recommendations, the Botanica production team has recently adopted H2Gro to improve water management, with the granules added to the Levington Advance Sustain mix.   “Peat free mixes can dry out more quickly,” explains Stuart.   “The H2Gro is helping the Botanica team improve its irrigation management and, in the process, uses less water. “

“With Stuart’s help we were convinced of the benefits of using more Osmocote controlled release fertilizer in our peat free mix,” says Jon. “We’ve upgraded to Osmocote Exact Hi.End 8-9 months - routinely adding it to our peat free mixes for potting.  We use Osmocote Topdress the following season.  The only place we rely on liquid feeding is in the propagation unit.

“Osmocote is so easy to use – you put it in and forget about it.  It means we don’t have to spend time making our own nutrient mix from scratch and it removes any concerns about getting the proportions right - with Osmocote the correct nutrients are there in the right balance.”

Over the last couple of years Botanica’s Levington Advance Sustain mixes have routinely contained Exemptor, primarily for vine weevil control. “Prior to this we relied on nematodes – however, with Exemptor you can put it in and forget about it,” explains Jon.   “As a bonus, we’re not needing to spray for aphid so much.  The only section where we don’t use Exemptor is in the propagation unit, here we rely on sticky traps and biologicals to control Scarid.

Moving on to disease prevention Botanica has adopted the biopesticide Prestop, which is incorporated at 0.25kg per m3 in its Levington Advance Sustain mix.  Containing the naturally occurring soil-borne fungus Gliocladium catenulatum, Prestop provides plants with a first line of defence against a wide spectrum of fungal diseases.

“We’ve previously had disease problems with aucuba, viburnum and araucaria,” says Jon.  “Since using Prestop we have noticed fewer cases of fungal disease, particularly Phytophthora.  It’s an additional preventative measure. The fact you can get it pre-mixed in to the growing media means that is passes unnoticed and is hassle free leaving more time to spend on other aspects of production.”