Sitting on the Norfolk / Suffolk border, near Diss, Sandy Lane Nursery was established by David Harwood in the early 80’s.  While nearly 90% of its plants and trees are still propagated on-site, this traditional nursery continues to put its trust in Levington and Osmocote.  With many native tree species raised from seed or transplants, the nursery has retained its grafting skills and expertise and continues to trade on its reputation for providing specialist crops – alongside a good selection of mainstream varieties. 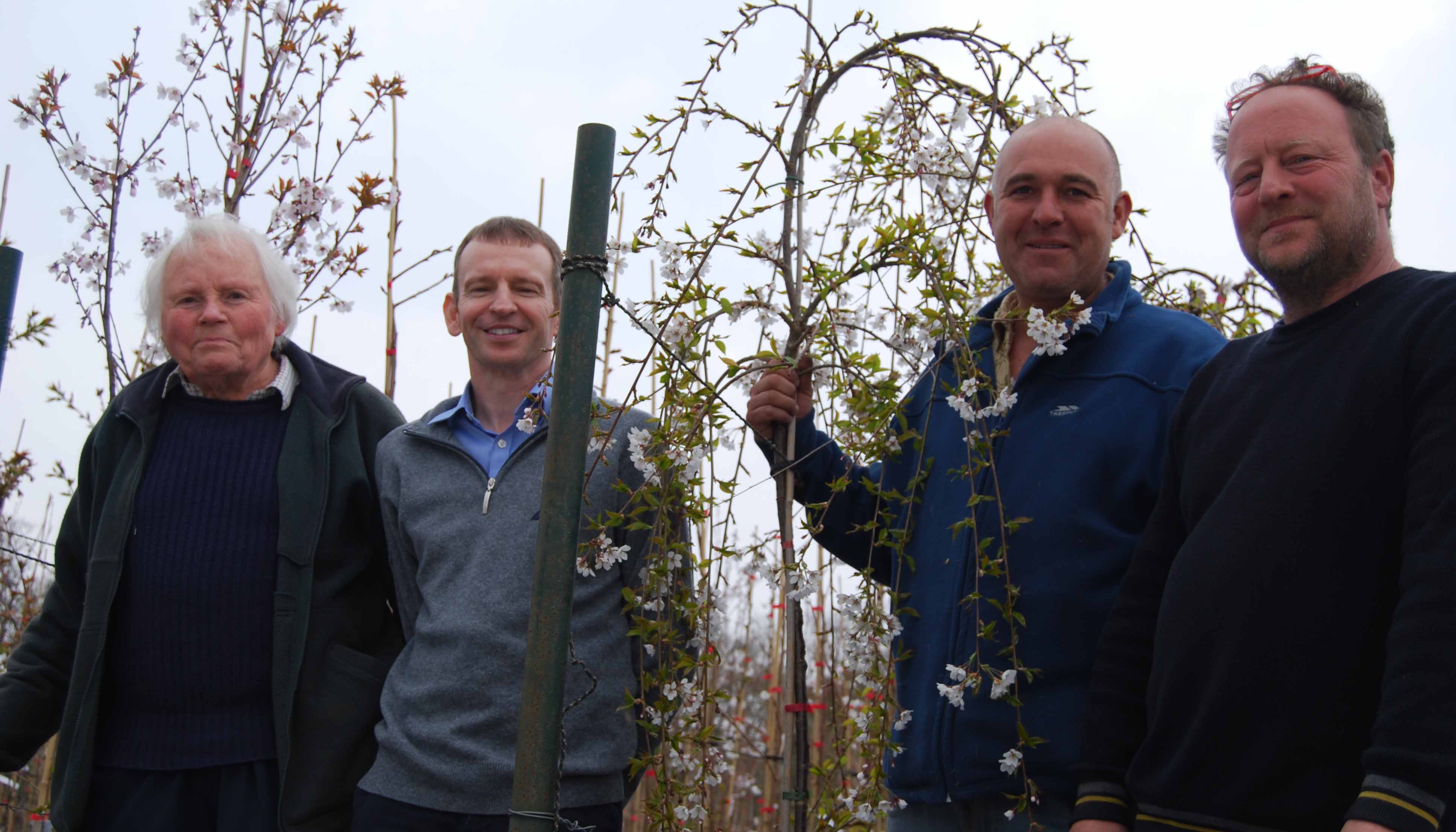 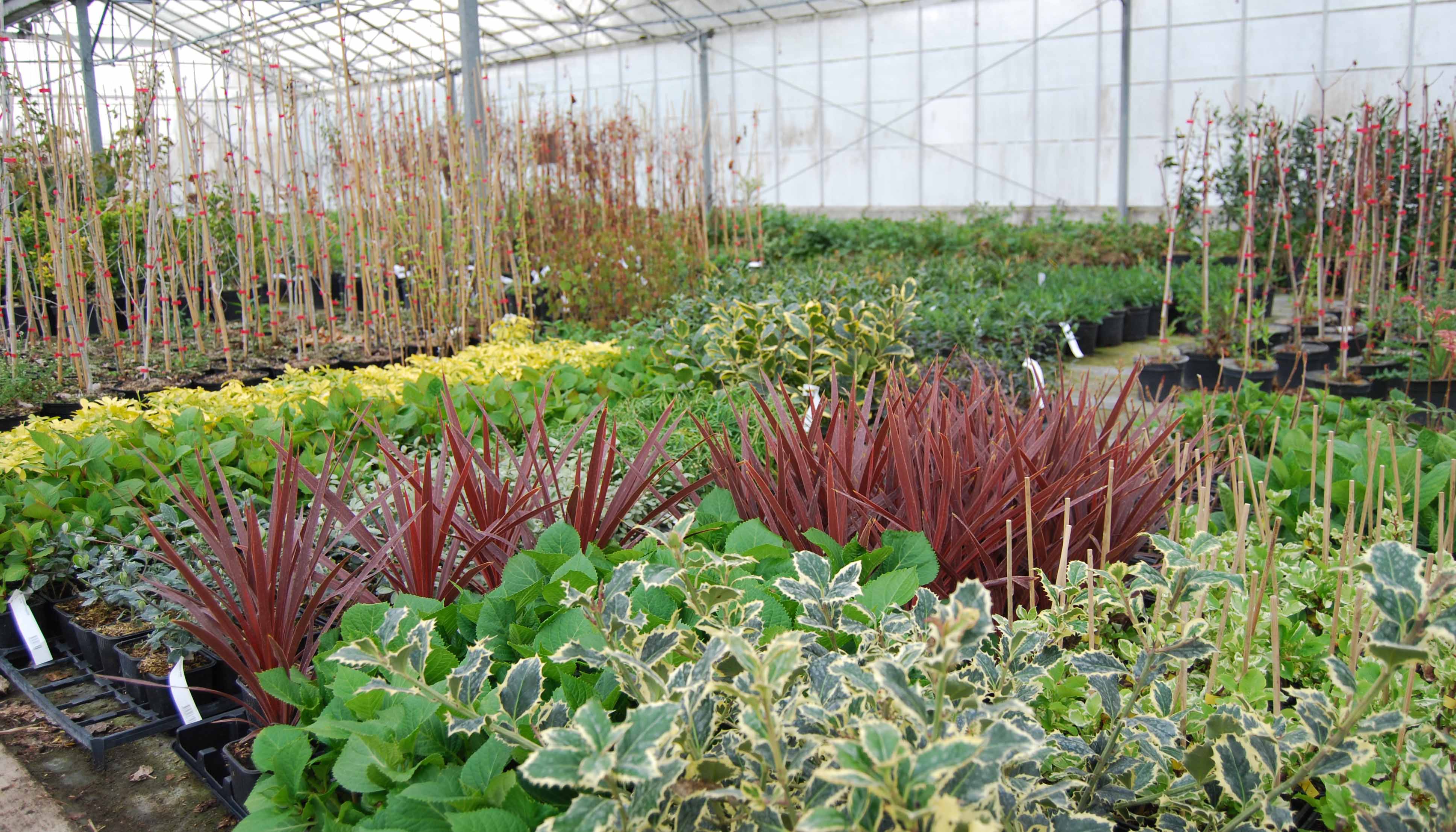 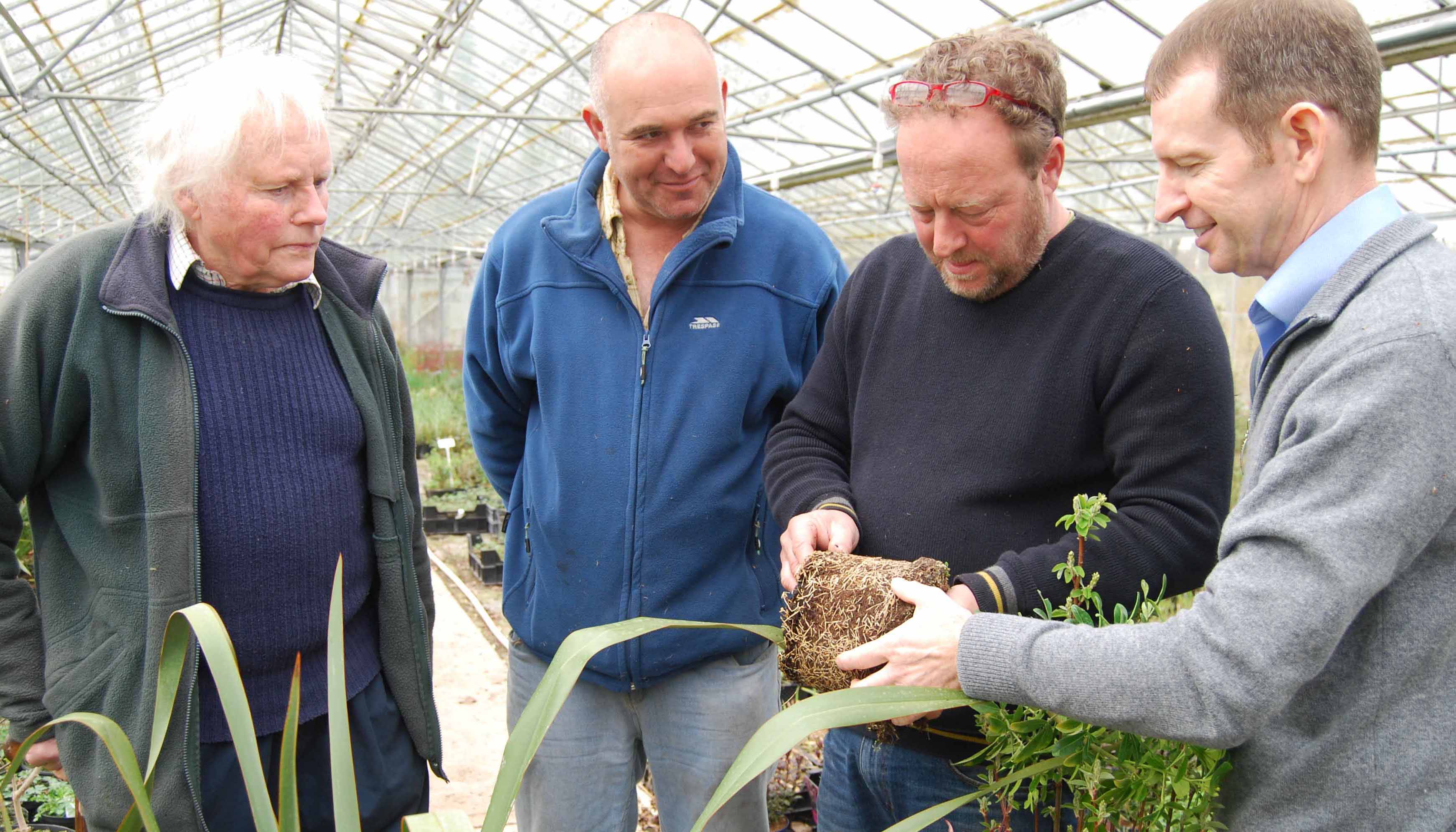 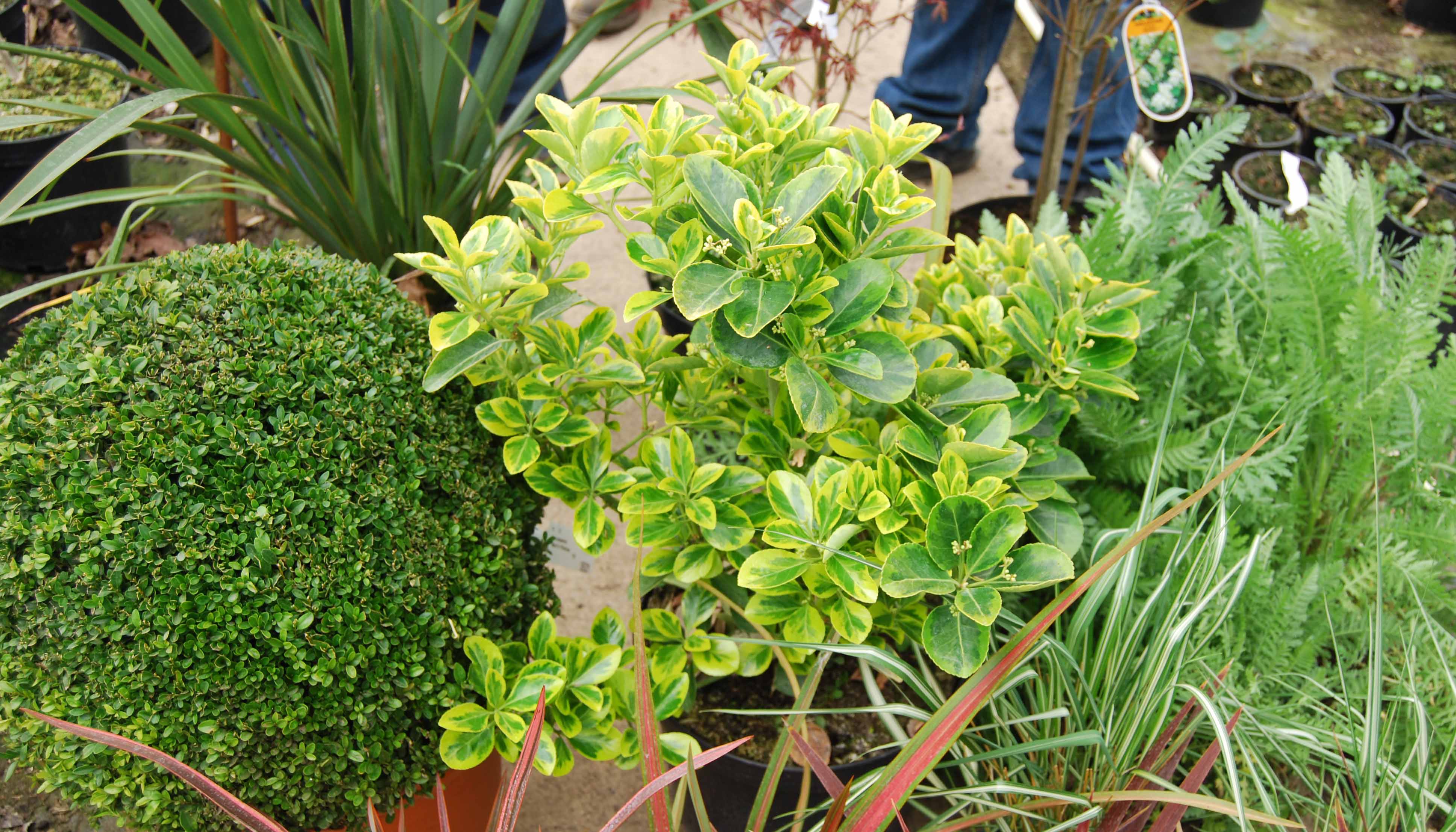 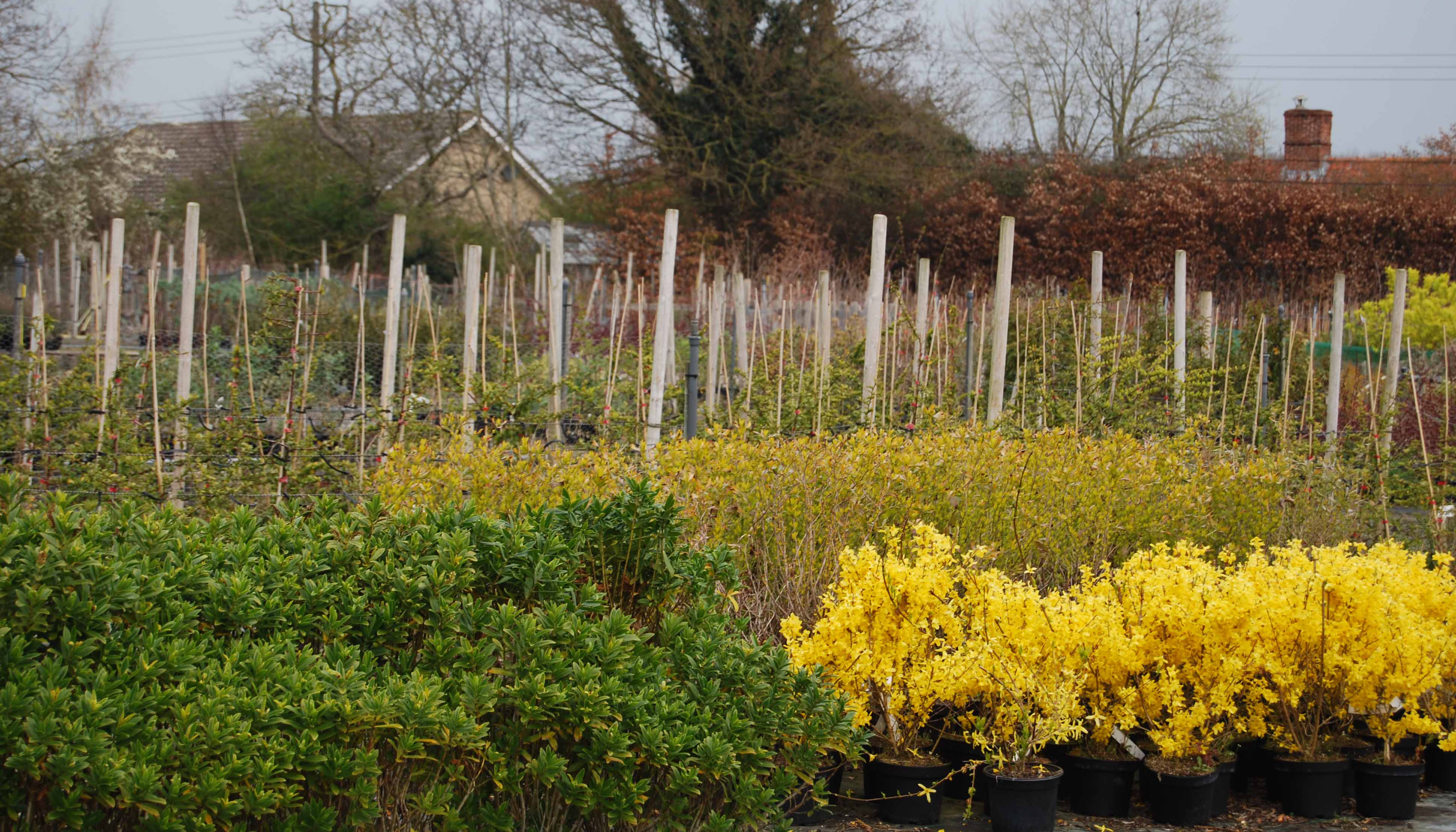 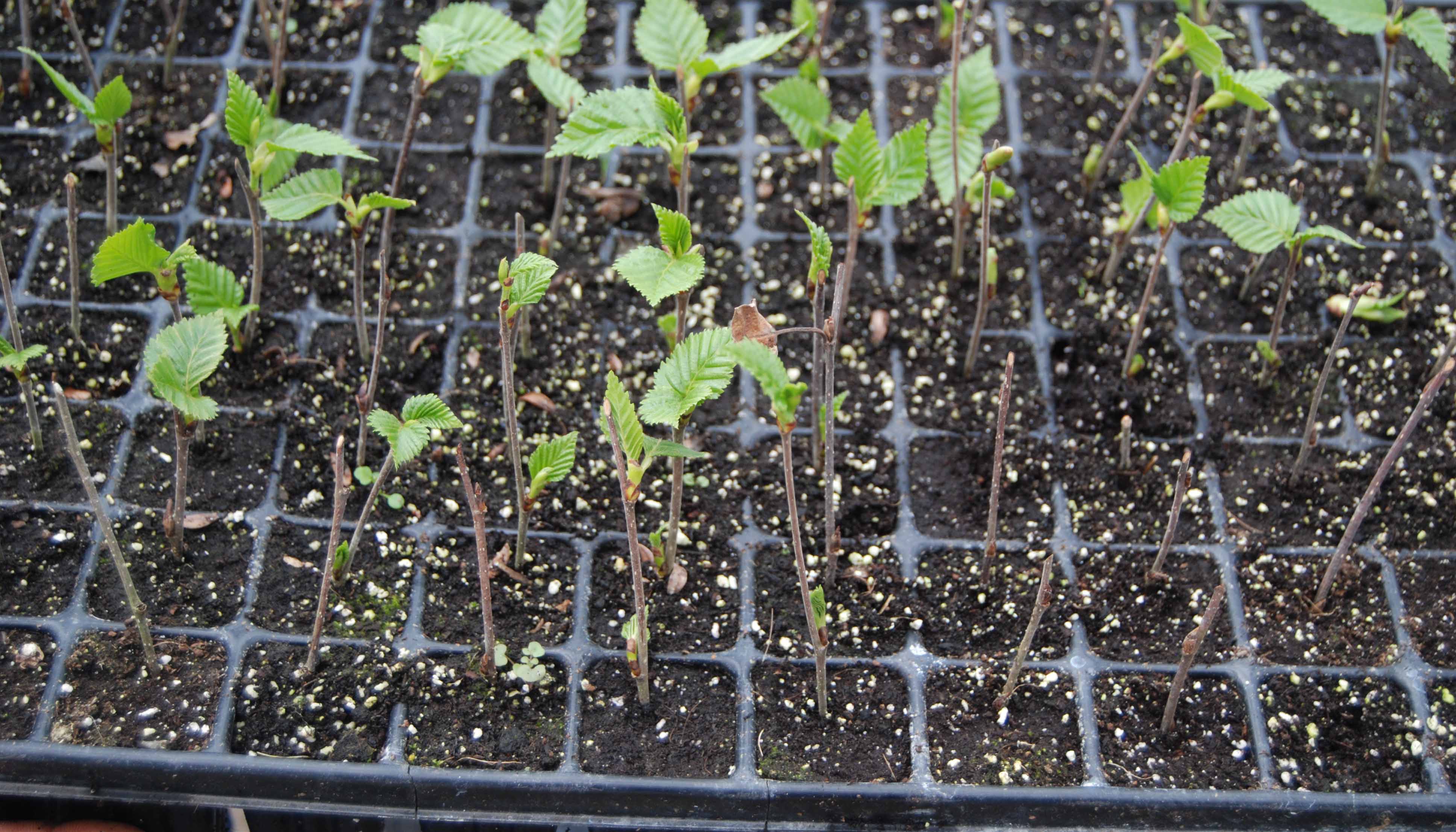 Approaching retirement, David recently sold the business to Ian Squirrell, a former employee, and his business partner - Kevin Taylor. While David remains intrinsically involved in the grafting side, Ian and Kevin have taken over the reins enthusiastically driving the nursery into its next phase.

Meanwhile, Kevin is putting his practical agricultural background to good use taking control of the field-grown trees and hedging side of the business.  At a second, 15-acre, site at Garboldisham, Kevin manages 40,000 trees including an impressive range of Oak, Hornbeam, Beech and Flowering Cherries, as well as Apples and Pears.   Last year he oversaw the budding of 4,000 Sorbus, Malus, Crataegus and Acer.

“Bare root trees and hedging probably accounts for 75% of total sales,” says Kevin.   “Grafted or budded trees command a better price. We set out to provide varieties you can’t get elsewhere, this policy has always helped sell other lines. The nursery sells out of many lines every year – we have a loyal customer base and people keep coming back.”

“At the beginning of the season 50 of each field-grown tree species are potted up - we sell about 5,000 in 15l pots annually along with bare root trees for landscapers and nurseries to pot up for sale,” says Kevin.

“The mixes have been tweaked over time and today all include Osmocote Exact Standard12-14m,” explains Ian, who has plenty of experience using it. “There’s no point messing around – Osmocote outperforms everything.   While there are cheaper brands, nothing works and lasts as well.

“About four years ago I conducted my own large-scale trials with 5,000 Laurels.  Half were potted in Levington with Osmocote, and the other half in a competitor growing media and controlled release product.

“It provided a really good comparison,” he says. “The competitor CRF began to release really quickly and simply ran out.  Osmocote’s performance was far superior.  At the end of the day, I believe you get what you pay for.  When you look at the price per pot, frankly the difference is negligible.

As part of the nursery’s vine weevil programme, all the Levington Advance Solution mixes contain Exemptor - which is used for everything except the fruit trees.   “At potting on stages, I’ve used vine weevil control nematodes in the past,” says Ian. “I shall be looking at ICL’s new Vine Weevil Seeka this season.”

Ian and Kevin admit to being old school and appreciate the technical backup he receives from the ICL team via the telephone and site visits.  Today they work closely with technical area sales manager Stuart Gammage.  An experienced nurseryman in his own right, Stuart clocked up nearly 30 years practical growing experience before moving in to technical sales at ICL.  As technical assistant manager of a busy 64-acre Suffolk nursery, he understands only too well the challenges facing growers.