Visit Perthshire Heathers at any time of the year and you are sure to be hit by the colour and vibrancy of its impactful displays.  Simple proof of just how useful Heathers and Winter Heaths (Snow Heathers) can be in creating year-round impact with their striking flowers and /or foliage.

Established in Perthshire, the business relocated to Starr Farm, near Cupar when purchased as a going concern in 2014 by husband and wife team – Ken and Irene Lang.  A successful farm diversification project, Irene runs the pristine nursery assisted by Ken, who continues to oversee the potato farm.

With Irene’s horticultural flair and meticulous attention to detail, Perthshire Heathers is going from strength to strength. In 2018, assisted by two flexible, part-time staff, the small team propagated and sold over 86,000 high quality Heathers and Heaths via retailers and mail order.

Having gained an HNC in Horticulture, Irene completed the RHS level 2 qualification at the Royal Botanic Gardens in Edinburgh before going in search of a horticultural business opportunity.  She found herself immediately attracted to Heathers due to their innate vibrancy and versatility.

“Evergreen shrubs, they create interest in the garden in all seasons,” she says. “While all Heathers and Heaths flower, those with yellow foliage tend to flower occasionally and it tends to be more about the foliage.”

“Callunas tend to be summer flowering and are acid loving plants so don’t do well in chalky lime soils,” explains Irene.” Whereas Ericas - which include wild Heathers - are tolerant of most soils. Broadly speaking, Callunas are more challenging to grow while Ericas are more adaptable.” 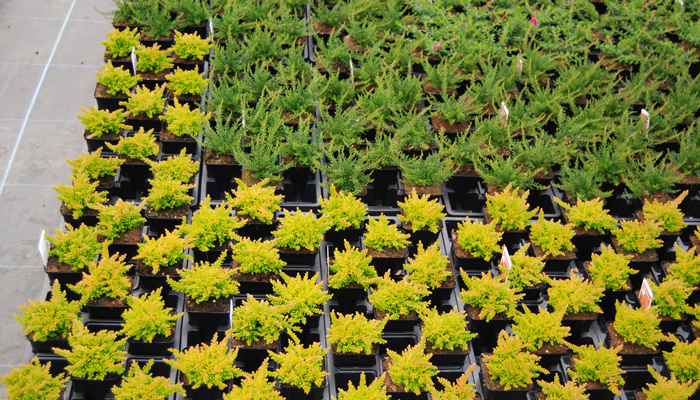 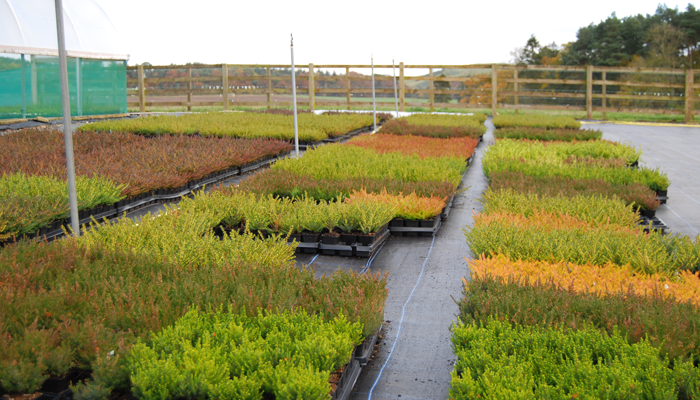 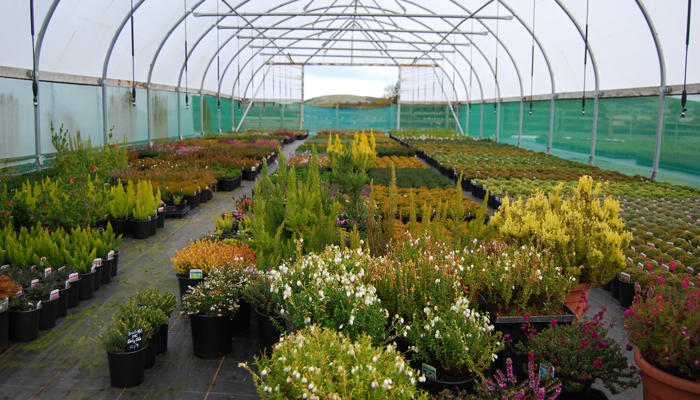 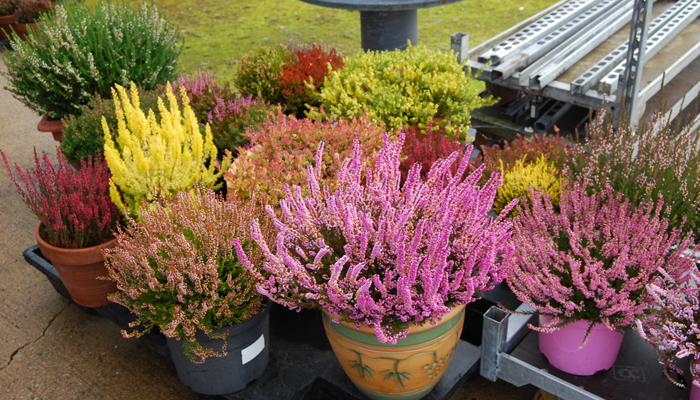 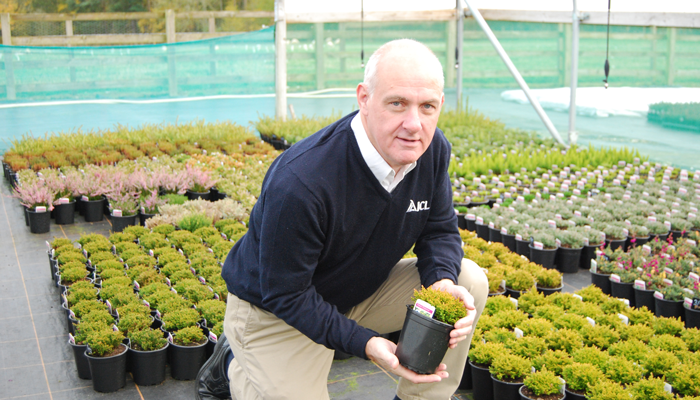 Always on the lookout for novel and interesting new varieties, Irene has extended the range to over 100 varieties with many attractive combinations displayed in planting schemes at the nursery.

“With quality at the centre of everything we do,” she says; “you need the best materials to produce the best plants.

“The previous owner mixed his own growing media and therefore consistency could be slightly variable.  When we took over, we were novices. Newcomers to hardy nursery stock, we decided we wanted to simplify the process - we wanted a consistent mix which we could store over a longer period.

“Our bespoke Levington potting mix works perfectly and stores well over the year.  Peat based, it contains a 0-3mm peat fraction and gives us very good consistency.  It‘s backed up by good technical advice from ICL’s Ian Todd.”

Perthshire Heathers produce their own plugs using traditional skills lost on many UK nurseries. “We are totally reliant on taking cuttings for next year’s crop – it’s the most enjoyable stage of the production process,” says Irene.

“The team propagate around 30,000 plants in March, plus a further 60,000 in autumn – taken from growing stock. We’d need to cut back stock in the autumn anyway, before potting on in to 1litre pots.  Although not as time sensitive as softwood cuttings, we still have to cut and stick the Heather cuttings on the same day and cover with fleece.”

Even on an open, sunny site, such as at Perthshire Heathers’, disease can be a major challenge at this stage.

“To provide adequate protection, Ian advised incorporating a biofungicide in to the growing media to help prevent Pythium and Phytophthora,” says Irene.  “It works extremely well - even though 2019 was a cold, wet year we lost less than 1% of cuttings.”

“We have put our trust firmly in Osmocote Exact Hi.End (12-14 month) and it hasn’t let us down,” says Irene.  “It gives our plants a good shelf-life, if sold through a retailer, and then goes on delivering good performance for the end user.  We don’t use any water-soluble fertilizers – with Osmocote we are confident the plant is getting exactly what it needs.

“There’s no doubt it’s been a steep learning curve.   The working relationship built up with Ian and ICL’s technical manager, Andrew Wilson, is proving very helpful.  We know we are getting very good advice and it’s given us the confidence to embrace a number of new ideas.

“Five years on and we continue to rely on Ian to help us keep abreast of the latest legislation. For example, he’s currently advising us on the new peat legislation and we’re discussing peat reduction options.  This advice is invaluable.”