Printsheet /US-EN
April 30, 2022 Are you wondering about greenhouse hemp?
April 22, 2022 Strategic recruiting this spring
April 10, 2022 Leaning into sustainable landscaping
April 4, 2022 Getting the best blues in your hydrangeas
March 22, 2022 Optimizing your business’s brand

If you’ve been in the growing business for a few years, you’ll remember a time when ornamental horticulture businesses fell in one of two slots: wholesale growers who grew plants for garden centers and landscapers, or retailers who bought and sold plants that wholesale growers grew. But those days are past. The line between those who grow and those who retail has faded—and that warrants a fresh look at who your customers are and who they could be.

The rise of retail among growers

There’s always been a segment of wholesale greenhouse and nursery growers who also made local retail sales. If horticulture industry surveys in years past were accurate, that figure historically ran around 40 percent. But even before the pandemic arrived, a change occurred. Thanks to local branding pushes, e-commerce, and savvy marketing, the percentage of retailing growers rose to more than half in recent years. 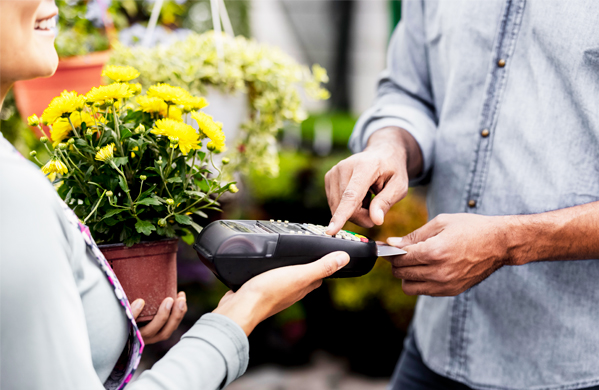 In one fall 2020 “State of the Greenhouse Industry” survey, 52 percent of greenhouse growers reported on-site direct-to-consumer sales. Thirty-seven percent reported off-site direct-to-consumer sales, too. Not surprisingly, 2021 saw a dip in retail numbers as plant shortages spurred sales to wholesale plant brokers and other growers. But those weren’t the only interesting numbers for wholesale sales.

As sales mixes shifted over the years, one thing has stayed constant among growers’ wholesale customers: Independent garden centers (IGCs) have been neck and neck with landscapers as the top wholesale customers for greenhouse and nursery growers through the years. But industry surveys and talk on the lot show the mix growers in the ornamental plant business is changing.

The growth of the IGC-grower

With independent garden centers topping the list of wholesale customers for greenhouse and nursery growers, it’s vital to follow notable shifts underway. More and more IGCs are becoming growers themselves—either for their own retail plant material or for wholesale sales.

In a fall 2020 industry survey by Garden Center magazine, 61 percent of garden center owner/operators indicated they both grow and retail plants. Up until around 2015, that percentage consistently ran about 50 percent. Then it jumped to over 60 percent and ran steady for the next six years. But 2021 seemed to signal a major change: The number of IGCs growing plant material jumped to 72 percent—with increases across every single plant category. 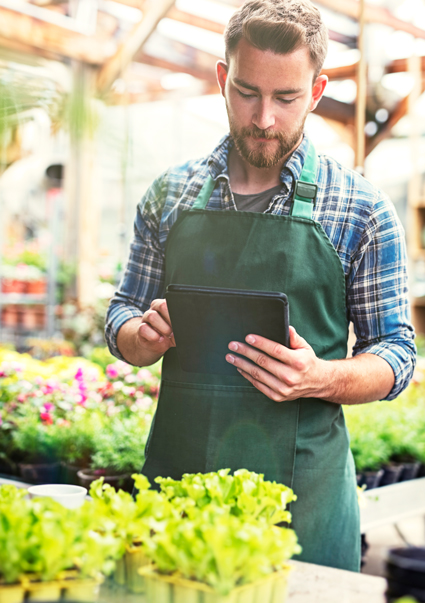 Citing everything from supply chain issues and plant shortages to quality concerns, it looks like IGCs took things into their own hands. Only 13 percent of IGC-growers didn’t grow more plant material the last two years. Nearly a third increased the volume of plants they grow, another 18 percent increased diversity, and another 40 percent did both. And it doesn’t appear they’re pulling back: Nearly half of IGC-growers surveyed plan to improve or expand their growing operations in the days ahead. And after the last two record-breaking seasons, they’ve got the capital to do it.

At first glance, the increase in grow-their-own IGCs spells competition for traditional greenhouse and nursery growers. But, as with most things, this change could also spell opportunity. Look deeper at the stats, and you’ll find that most of these retail growers aren’t starting from scratch—they’re buying in rooted cuttings, bareroot, and liners of all sizes, then growing them on and marketing them under their IGC brand. Several are even buying existing greenhouse and nursery operations as they move to expand.

IGC perennial production jumped by nearly 20 percent in 2021. From what we’re told, much of that growth came from bareroot. Quart- and gallon-size liners for larger “instant-gratification” perennials were also in play. Incidentally, categories with significant increases in ICG growing included succulents, indoor foliage plants, and edible plants, too.

What this all means for you and your growing operation depends on a lot of factors, but one thing’s certain: It’s a good time to take a close look, see where you fit, and capitalize on the shifts that are underway. If you’re a grower, that may mean holding your course or changing your offerings in coming years. If you’re a distributor or other vendor, that may mean a new, expanded customer base ahead.

When you’ve been around the ornamental plant industry as long as we have, you’ve seen a lot of changes through the years. Backed by trusted products like our Osmocote controlled release fertilizers and Peters water-soluble fertilizers, we’ve learned to look ahead and welcome what the future brings. The way we see it, with demand for plants at an all-time high, there’s opportunity for growers all around. So, give us a call or email us, and let us help you succeed in this next round.