Over 50 years ago, ICL’s Osmocote Controlled Release Fertilizers (CRF) introduced the first polymer coated fertilizers in the USA: an NPK granule with an organic resin coating around it, ensuring that one application of nutrients would be enough for a long period of time. It marked the start of a whole new principle of fertilizer application. This concept was originally developed for high value ornamental plants grown in pots, where losses of nutrients directly affect the quality of the crop. Quickly, the CRF concept was adopted in other high value crops like strawberries and fruit trees, where efficiency and simplicity of fertilizer application made a lot of sense.

Adoption in more extensive horticultural and agricultural crops was not yet the case, mainly because of the price gap between CRF and conventional fertilizers. In the last 10-15 years, new technical developments have enabled more economical and more efficient CRF products, creating possibilities for a more widespread use of controlled release fertilizers in agriculture.

With a global population expected to rise even further until 2050 and arable land decreasing, farmers need to use the land available to them more efficiently. At the same time, global pressures and climate change also increase the need to apply fertilizers more sensibly and use technologies that help to lower the environmental impact of agriculture worldwide.

The highest nutrient use efficiency

CRF is considered the fertilizer technology with the highest nutrient use efficiency. It is widely recognized that mineral fertilizers, including CRF, are responsible for feeding about half of the world’s population. Conventional fertilizers dissolve in the soil immediately after application, only providing nutrition for a short period of time. Multiple fertilizer applications are necessary to ensure that your crop gets the nutrition it needs. Multiple applications can also be practically complex for big farms, costly, and, as we know from recent studies, increase problems with soil compaction.

Thanks to their special coatings, CRF granules release their nutrients gradually over an extended time. Depending on a CRF product’s longevity, nutrient release takes several weeks up to many months.

Depending on circumstances in cultivation, CRFs can significantly reduce:

(Numbers based on independent research with ICL CRF technologies)

What is a Controlled Release Fertilizer?

It is important to note that not all CRF are the same, and often the term CRF is – incorrectly – used when one means Slow Release Fertilizers (SRF). Let’s look at the official definitions of these two types of fertilizers:

SRF: “A fertilizer of which, by hydrolysis and/or by biodegradation and/or by limited solubility, the nutrients available to plants is spread over a period of time, when compared to a ‘reference soluble’ product e.g. ammonium sulphate, ammonium nitrate and urea.” (ISO 8517:2015)

So, the nutrient release mechanism for the two fertilizers is completely different. SRFs are minerals that take a certain time to dissolve or to release their nutrients. CRFs require a good quality coating and a consistent manufacturing process. While SRFs nutrient release is influenced by temperature, water, soil pH, and micro-organisms, CRFs are only influenced by temperature and water.

There are differences to be found in the materials applied to create the coating as well. What is important to understand, is that these differences exist and that they directly impact the nutrient release efficiency. The most efficient coating technology is the most recently developed one, the polymer coating. This allows the best control over the nutrient release, and so matches the plant demands most closely without any peaks or dips in release.

Another aspect to take into consideration when choosing a CRF is the different nutrients, combination of nutrients, and even their coating level. A fertilizer blend that consists of a 10% coated fraction is often called a controlled release fertilizer, but as you can imagine, its longevity characteristics, efficiency and effect on plant safety are very different to a CRF that is 100% coated. The closer to a crop’s roots you apply the fertilizer, the more important it is to use a CRF product that is fully coated. For example, in forestry, where fertilizers are applied into the planting hole and the young tree or seedling is planted straight onto that, a good quality, 100% coated CRF is essential.

A fully coated CRF is also the most efficient option to reduce nutrient losses, that in turn increase the fertilizer’s nutrient use efficiency and lower emissions to the environment.

Nitrogen (N) is especially prone to losses through nitrate leaching, mainly in light (sandy) soils. In tropical climates total nitrogen losses are highest. Controlled release nitrogen is often incorporated into the soil, so that run-off is automatically minimized. The coating around the N ensures that high NO3 levels in the soil shortly after application are avoided, so that leaching can also be prevented.

Phosphorus (P) suffers from fixation in soil. It can happen on alkaline / calcareous P-fixing soils and acidic P-fixing soils which are rich in aluminum and iron (hydr)oxides. Large parts of the humid tropics are covered with acidic highly weathered clayey soils which are predominantly P-fixating. CRFs can prevent soil fixation: phosphorus in CRF can keep nutrient concentration in the soils low and by that limit precipitation with- or adsorption to reactive minerals.

Potassium (K) can leach easily on sandy soils in heavy rainfall areas and highly weathered tropical soils. CRFs can prevent leaching. Because of complicated infrastructures in many tropical countries, lowering the input and transport of nutrients to plantations can be very important to improve the crop’s carbon footprint.

CRFs are already being used successfully in several agricultural crops in which nutrient efficiency, reducing fertilizer inputs and applications are very important (for example bananas, coffee, oil palm, rice, sugarcane, and potatoes). But there is no such thing as a 1-size-fits-all CRF that will realize higher nutrient use efficiency and/or higher yields in every crop it is applied to, in every region. It is vital to understand the crop needs and match the best possible CRF to that, and the growing circumstances in the region.

At ICL we have used our coating expertise and experience in the past decade to develop special formulations with specific coating percentages and longevities, that create a higher nutrient use efficiency in a specific crop or crop group. The effectiveness of these CRF concepts has been proven in our extensive trial program and independent research, that has resulted in tailored CRF programs. 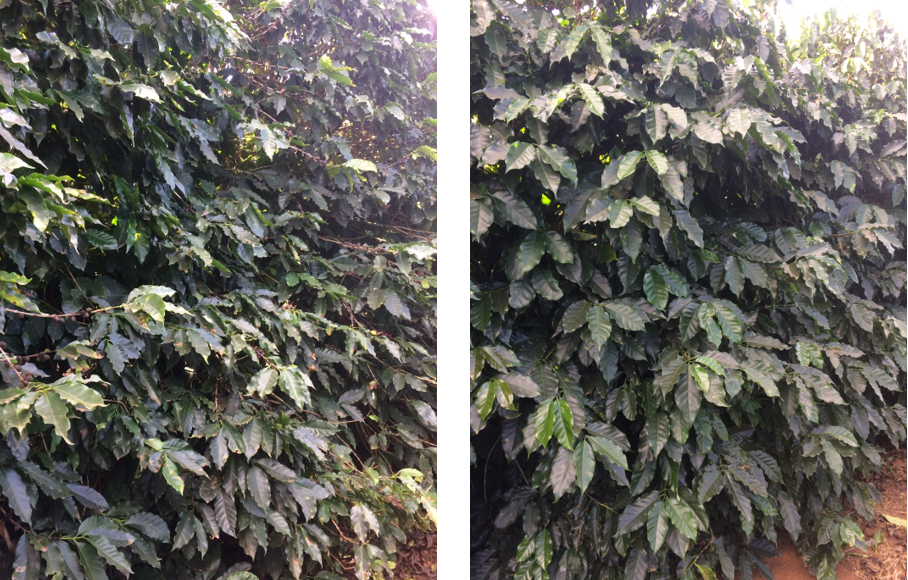 A coffee trial in the Minas Gerais state of Brazil where conventional fertilizer is applied 3x per year via topdressing (left), versus an ICL CRF formulation of 4-5M in 1 application only (right).

The future of CRF?

Technological developments in the past decade have made more economical Controlled Release Fertilizers possible that are changing agricultural practices. CRFs now play a key role in reducing nutrient losses and in maintaining or increasing crop yields at lower or similar nutrient inputs than conventional grower practice.

Independent research on the efficiency of CRFs is ongoing and important to convince policy makers to adopt the technology in any new legislations to reduce the environmental impact of fertilizer practices.

Current polymer-sulphur and polymer coatings degrade very slowly and are effectively inert in the soil after the nutrients have been released. They are designed to be as thin as possible (as thin as a human hair) and permeable, while still allowing the coating to fulfil its function: to control the release of nutrients over a predefined time. In the next decade, upcoming legislations, like the new European rules around the biodegradability of CRF coatings, will challenge fertilizer manufacturers to create new coating technologies that degrade quicker.