New Ryder turf pigment technology from Syngenta offers the chance to instantly enhance the colour and visual appearance of turf, along with exciting properties to protect leaves from the harmful effects of excessive sunlight.

Not all energy emitted by the sun is useful for turf grass growth. In fact, some of this energy can be actually harmful to the plant – effectively causing damaging sunburn to plant cells. Ryder enables plants to manage light more effectively, and to make light work more efficiently for turf.

“Ryder is a highly concentrated and stable green pigment designed for use on managed turf to improve its appearance and to help protect against UV radiation and high light intensities” he said. 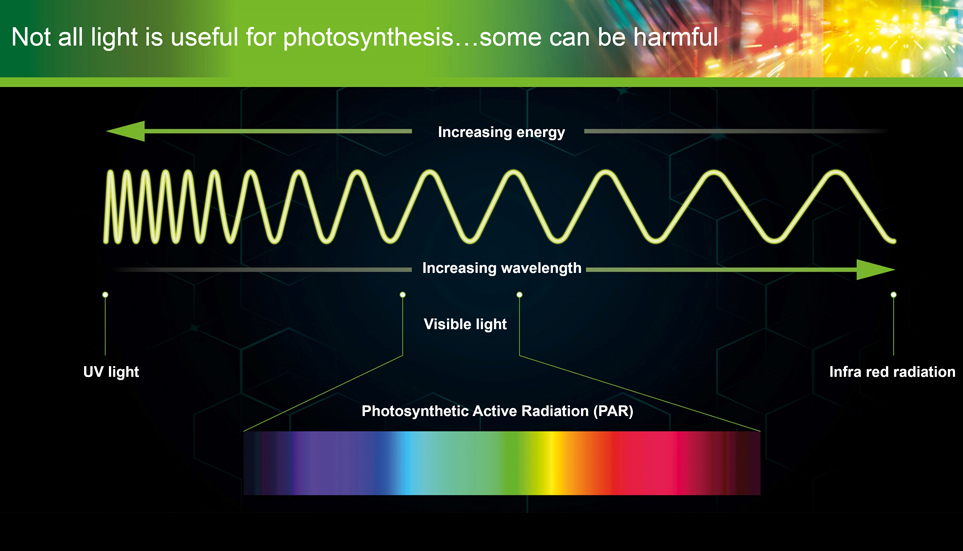 “Photosynthetic Active Radiation (PAR), includes all the ‘colours’ of the light spectrum, of which turf plants use blue and red light most efficiently to support growth and development.

“However, plants can only absorb so much light; too much light stresses the plant and can lead to reduced photosynthetic activity (photo-inhibition) and even harmful damage within pant cells.”

Mr Kirby pointed out that cool season grasses typically reach saturation point at light intensities of just 300 to 500 micromoles. However on a summer day, sunlight could reach in excess of 2000 micromoles – bombarding plants with up to four times more light than they can physically use. 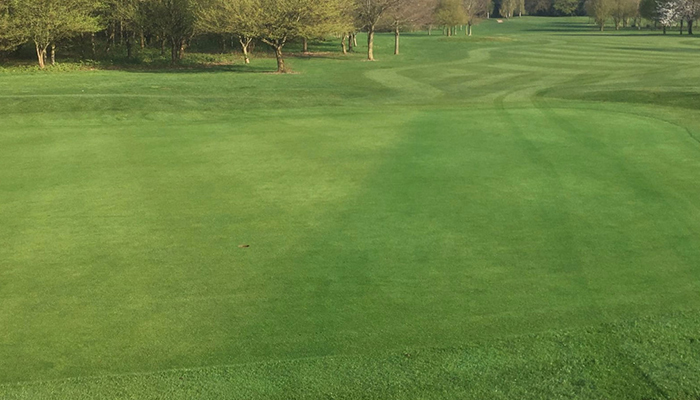 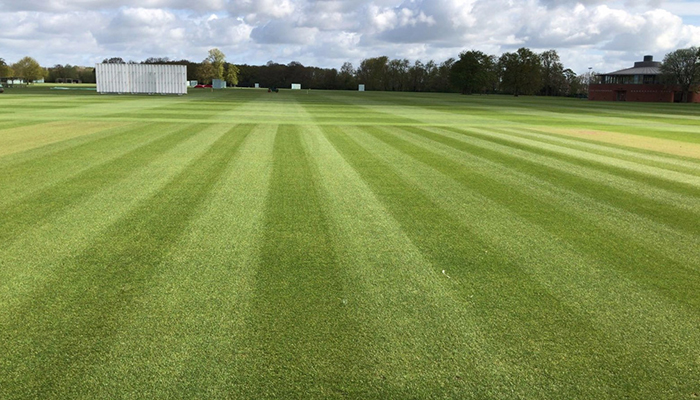 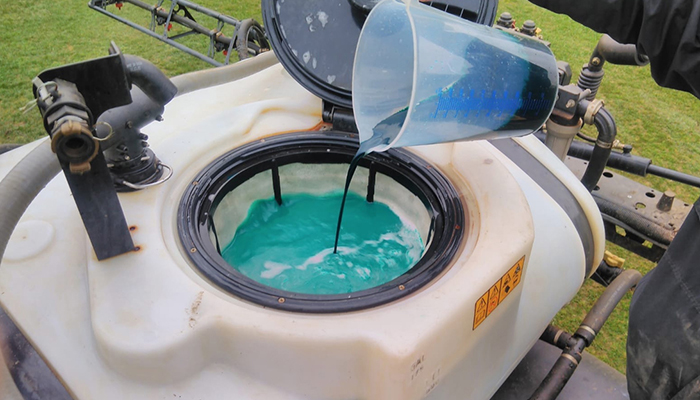 In winter, when plants are growing more slowly, the light saturation point could be as low as 100 micromoles, when they are subjected to 1000 micromoles being produced on a bright day.

“Plants that are already stressed, from nutrient or water deficiency or physical damage from mowing, for example, would be more susceptible to increased stress from photo-inhibition,” he added.

“Ryder mimics the plant’s natural pigment defences, when it produce carotenoids, anthocyanins, flavonoids, and cuticle waxes,” he said. “However, with Ryder, you get to control the green colour, compared to leaf purpling of anthocyanins, for example.”

The intensity of colour produced by Ryder can be selected through adjustments to application rate, frequency and integrated fertiliser programmes, he advocated.

“Unlike existing water soluble turf dyes, Ryder is a concentrated 70% pigment, formulated such that, once dry on the leaf, is not washed off by rain or irrigation and is stable in light. It stays in place on the leaf surface, which retains its colour and effects for longer.”

Mr Kirby advised that the instant colour it provides can act as a spray pattern indicator in itself, especially at higher rates or on turf inherently paler at the time of application. For even coverage, he recommended always applying using Syngenta XC Nozzles. STRI trials had shown a water volume of 250 – 500 litres/ha provided effective leaf surface coverage.

Extensive user trials in the UK this spring had demonstrated Ryder could bring an important benefit to all areas of the golf course, along with other sports surfaces, including cricket fields and winter sports pitches.

“Over winter and early spring, the Ryder colour quickly gets turf looking great and ready for play. The enhanced colour of treated turf can increase canopy temperature and initiate spring recovery,” advised Mr Kirby. “Application following renovations’ sand topdressing or over seeding has been shown to instantly recover appearance.”

Over the summer, he advocated Ryder will help provide protection against high light intensities and UV light, and stay looking green where desired. Maintaining programmes through the autumn would retain turf appearance and colour for longer.

Ryder application rates at cutting heights below 12 mm - eg. greens, tees and cricket fields - have typically been at 0.75 to 1.5 l/ha, increasing to 1.0 to 2.0 l/ha on longer fairway turf or sports fields, for example. Users have experimented with application rate and frequency to find a colour intensity most attractive to their own situation.

When used in conjunction with a Primo Maxx II programme, the reduced clippings removal from mowing would increase the longevity of Ryder results during growing periods, added Mr Kirby.