The problem with progress

Having worked in our industry for the last 25 years, I have never failed to marvel at the incredible pace of evolution with course maintenance and the methods that are used to achieve the incredible playing surfaces that we routinely see these days. This progress has been driven in no small part by the desire of modern greenkeepers to keep pace with the expectations of the golfers and your willingness to adopt new techniques and ways of working to bring about an improvement in standards. If we looked at the current management practice of even the most staunchly “traditional” greenkeepers we would see techniques and methods that would have been considered new and even revolutionary 10-15 years ago but have now seeped into common use. It is clear to me that all aspects of our greens maintenance programmes have evolved radically in recent years. Mowing regimes have become more precise and regular grinding to keep the blades sharp is more and more common.  Powered brushing has come to the fore, along with more regular top dressings and turf ironing to polish the surfaces fast, smooth and true. Pure sand top dressings are commonplace and regular aeration/deep scarification are being used to manage the upper the soil profile with air-injection being deployed more and more to manage the soil lower down.  These were all radical innovations when introduced but they have become accepted methods in a relatively short period of time. Not to mention the use of moisture probes, Clegg hammers and other objective measurement tools to guide decision making. But even with all this progress, the spring still remains a problem.

The problem with spring is that there is usually a significant amount of pre-season preparation work required to get the greens in shape.  The greens need to recover from winter play and possibly disease activity and then get through hollow tine/aeration and top dressing work.  We will certainly need to refine the surfaces with repeated top dressings, brushing/verticutting/grooming to create smooth surfaces for play. The problem is that we will need to get through all this work before the turf has even started growing if we are to satisfy the golfers.  So, a key requirement for successfully preparing the greens in the spring is to establish growth as early as possible.

Over the last 4 years we have invested in trial work in order to understand what fertiliser type and analysis is the most effective at initiating early spring growth.  The initial trial work carried out at STRI in 2013 and found that the best fertiliser (of those tested from our portfolio) for stimulating good early turf colour and quality responses (coupled with the least Microdochium patch disease activity) was the Greenmaster Prolite “Cold Start” 11-5-5 +8Fe formulation.  This was certainly not a usual analysis for use in early spring in the UK.  Rather than being received as progressive and helpful these findings were generally viewed skeptically by greenkeepers and agronomists as being an example of a fertiliser supplier giving irresponsible and cynical advice - mainly due to the perceived high Nitrogen (N) inputs for this time of year. 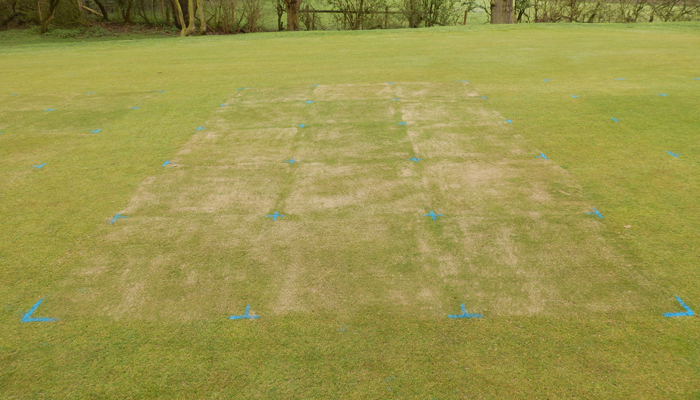 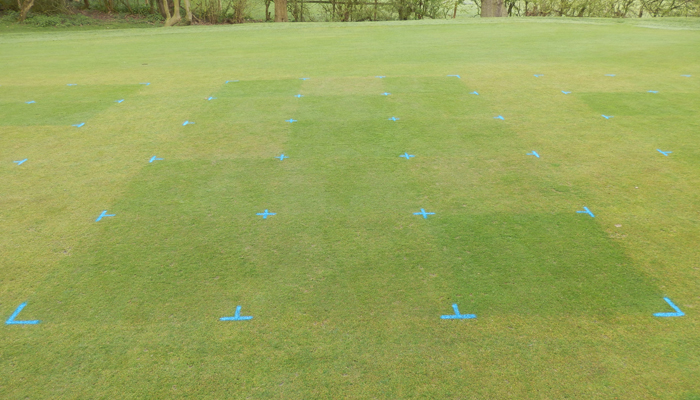 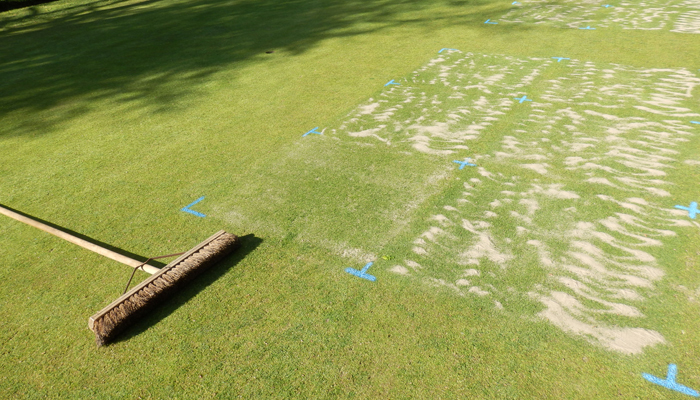 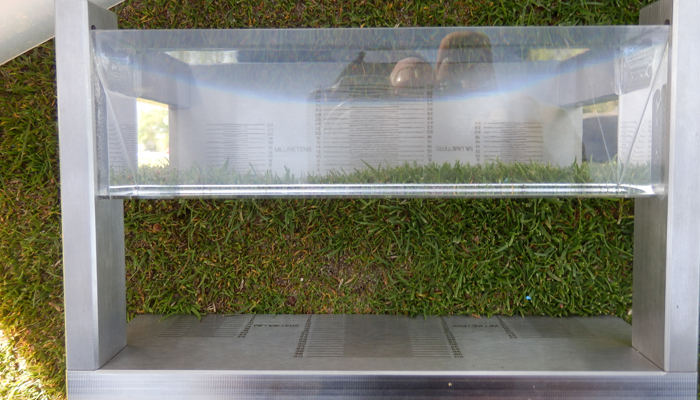 Undeterred, we carried on with the work and in spring 2015 we set up a rigorous on-course field trial. This work also confirmed the superiority of “Cold Start” compared to more “traditional” early spring feeds and it also cast doubt on potassium nitrate as being an effective way of generating strong growth at this time. We communicated these results in early 2016 with written articles and seminars (see “Getting Greens Going” from Greenkeeper International, March 2016).  At this time those greenkeepers who really wanted to take on the challenge of getting through the spring earlier and with a greater level of top dressing to come out in better shape pricked up their ears and adopted the advice.  Feedback from those who had used the “Cold Start” analysis was that they were impressed and they felt like it was a real step forward for the spring schedule.

Last year we continued the trial programme to gain further insight.  This time we set up our trial on a working green at Harrogate Golf Club using a sand-based green with the sward comprising predominantly annual meadow grass (Poa annua).  The trial this time tested various fertiliser treatments under different top dressing regimes.  This time we were looking to get the greens “good” through a spring preparation schedule rather than just getting growth going.  Easier said than done as it turned out!

The fertiliser treatments in this latest trial deployed different Nitrogen sources and applied them in different forms to review their relative impacts.  They all applied the same amount Nitrogen over an 8 week period from the start of April with some requiring a couple of applications to even out the N inputs.  At this time the soil temperatures were at 6-7oC and so we wouldn’t necessarily have expected a growth response. There was a micro granular fertiliser with the N coming solely from sulphate of ammonia (“Invigorator”), there was also a micro granular formulation with sulphate of ammonia and urea (“Cold Start”) and there was liquid applied urea and also potassium nitrate. Top dressing was applied 6 days later at the equivalent of 10 tonnes/ha and 20 tonnes/ha to see how each of the fertiliser treatments generated recovery.

In terms of the strength of response (growth, colour and turf quality) the results were entirely consistent with the previous trials. The assessments showed that all the fertilisers produced a growth response within a couple of weeks of application, but it was the “Cold Start” that was clearly the best at generating the strongest recovery through the top dressings (soil temperatures still in single figures).  The Cold start plots also reached the NDVI target for “healthy growth” 2 weeks before any of the other fertilisers.  The unfertilised areas sat beneath the dressing and didn’t move at all and so weren’t in any fit state to consider further applications any time soon.  The “Cold Start” was streets ahead.

A second top dressing was then applied 3 weeks later (at a rate of 17 tonnes/ha) and the same results were borne out. The granular feeds packed a bigger punch than the liquid urea and potassium nitrate even though they were delivering the same amount of N.  This would bear out our contention that properly formulated products perform better than “straights”.

The passage of progression through the trial was constantly being hampered by the cold spring weather with only short-lived warmer snaps occurring (daytime temperatures were still only 12-14 oC at the end of May!).  Disease pressure (Microdochium nivale) was high during April and May (as a result) and its development certainly affected the progression of the surface preparations.  Annual meadow grass particularly susceptible to Microdochium. Interestingly, it was the untreated control plots that were affected by the disease first but all were affected to some degree after 3 weeks from the start of the original outbreak.  Where sulphate of iron was applied with the second application of “Invigorator”, the severity of attack was notably less.

The Poa seedheads then came with a vengeance to set the surfaces back even more. After making good early progress the nature of the surfaces started setting them back.  The Poa seedheads had a shattering affect on the visual quality of the surfaces and also on the quality of the ball roll.  Despite getting through 2 top dressings (along with verticutting, grooming and more intensive mowing) the seedheads destroyed the playing qualities - and right at the time when the golfers are becoming impatient for “summer best”. The true nature of the Poa had revealed itself at its devastating worst and it was then that I remembered why we wrote so many articles on sward species composition all those years ago.  It also reconfirmed why I wanted to get all those “Phase 1” top dressings done and set the foundations in place for an agronomic change. I absolutely believe that effective spring nutrition is a key part of a transitional plan because it widens the maintenance window and allows a far greater amount of top dressing to be applied.

So, it has become clear that early spring nutrition is essential to help us get the greens through an early spring maintenance schedule and in particular recovery through top dressings. We have also established that some fertilisers are better than others.  It is interesting that the “best” fertiliser for stimulating strong early season growth is not the analysis that anyone would have considered credible even 5 years ago.  The Cold Start formulation certainly won’t be for everyone but if you need to get through some significant work in the spring then it might help you.  The greens won’t magically become like Augusta but they will get moving.

The problem with progress is that we sometimes have to change our beliefs to make it happen. But if we base our new beliefs on solid evidence and we keep monitoring, then I really don’t see the problem.